5 books to read if you’re losing faith in humanity

Even if you’re the most optimistic person in the world, following world news can recently feel quite overwhelming. It seems that technical progress has far outpaced our mental growth, and the four-year-olds in us are not yet ready for the inventions of modern civilization.

If you slowly get to believe that humanity is screwed, or caught yourself looking for a safe hideaway on a remote pacific island, here are a few books that might help.

Steven Pinker – The Better Angels of Our Nature

This massive volume was put together by a psychology professor at Harvard. He makes a very brave and counter-intuitive argument that we’re much more peaceful and better off than at any time in human history – and backs it up with an incredible amount of data.

With painstaking attention to details Pinker analyzes the violent habits of our ancestors, the emotions driving us towards and away from violence, and the slow processes that made the Earth a more peaceful place throughout the course of human history.

Even though the tone of the book is strongly optimistic, it’s far from all kinds of New Agey mumbo-jumbo. What brought us to this peaceful point is not a cosmic fate, but complex social processes that can be still reversed if we let them so. Still, seeing where we’re coming from and how much progress we’ve made so far is a refreshing and much needed revelation that puts our current challenges in perspective. Perhaps we’re not that screwed after all.

It’s not just that there are two sides to every dispute. It’s that each side sincerely believes its version of the story, namely that it is an innocent and long-suffering victim and the other side a malevolent and treacherous sadist. And each side has assembled a historical narrative and database of facts consistent with its sincere belief.

Our species was born into the dilemma because our ultimate interests are distinct, because our vulnerable bodies make us sitting ducks for exploitation, and because the enticements to being the exploiter rather than the exploited will sentence all sides to punishing conflict. Unilateral pacifism is a losing strategy, and joint peace is out of everyone’s reach. These maddening contingencies are inherent in the mathematical structure of the payoffs, and in that sense they are in the nature of reality. It is no wonder that the ancient Greeks blamed their wars on the caprice of the gods, or that the Hebrews and Christians appealed to a moralistic deity who might jigger the payoffs in the next world and thereby change the perceived incentive structure in this one.

Chris Hadfield – An Astronaut’s Guide to Life on Earth 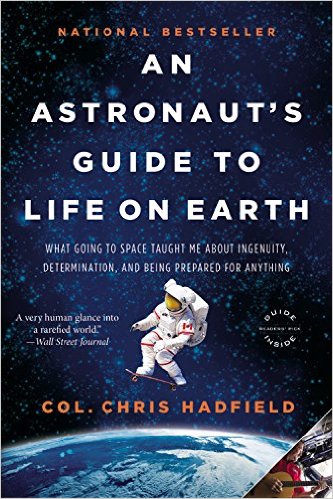 As soon as you leave Earth’s atmosphere, you enter a place that’s absolutely hostile to life. Surviving in such extreme conditions requires a certain set of skills acquired in the long and stressful process of astronaut training.

Even though the problems they usually deal with in outer space are quite otherworldly, the tools and techniques of the astronauts can help face our challenges back on Earth. In his book Hadfield explains how you can never be too prepared for any event, how to contribute positively to your team goals even if the situation seems quite hopeless, how to savor little joys of life, and how to stay calm and avoid panic when everything around is trying to kill you.

A solid piece of advice, served on a beautiful plate of the vast, indifferent Cosmos.

My dad could be a stern taskmaster and on principle didn’t believe children should complain, but he also disapproved of whining because he understood that it is contagious and destructive. Comparing notes on how unfair of difficult or ridiculous something is does promote bonding – and sometimes that’s why griping continues, because it’s reinforcing an us-against-the-world feeling. Very quickly, though, the warmth of unity morphs to the sourness of resentment, which makes hardships seem even more intolerable and doesn’t help get the job done. Whining is the antithesis of expeditionary behaviour, which is all about rallying the troops around a common goal.

The fact is that even the least eventful day in space is the stuff of dreams. In some ways, of course, it’s the improbability of being there at all that makes the experience so transcendent. But fundamentally, life off Earth is in two important respects not at all unworldly: You can choose to focus on the surprises and pleasures, or the frustrations. And you choose to appreciate the smallest scraps of experience, the everyday moment, or to value only the grandest, most stirring ones. Ultimately, the real question is whether you want to be happy.

Ryan Holiday – Obstacle is the Way 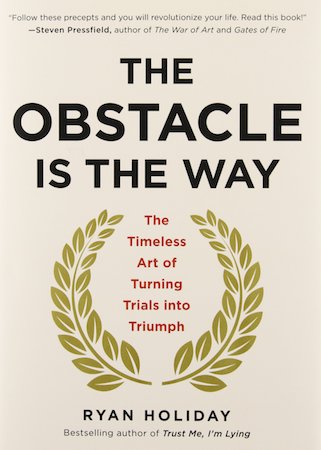 Some people seem to be invincible, coming stronger and wiser from all the challenges life has thrown in their way. Some other ones break down as soon as the first possible thing goes wrong. The difference between them, Ryan Holiday says after ancient stoics, lies not in any external circumstances, but rather their own attitude towards life.

To illustrate the point, the book describes the stories of a few dozen people who objectively had every possible reason to give up. Instead of wondering why they had to face such unfair difficulties, all of them treated the conditions they found themselves in as a unique opportunity. Poverty, severe illness, depression, economic crisis, physical disabilities, discrimination, these all can be turned into an advantage, should you choose to look at them this way.

The tone of the book may lean a bit towards pathos, but its contents makes it certainly worth reading.

You don’t convince people by challenging their longest and most firmly held opinions. You find common ground and work from there. Or you look for leverage to make them
listen. Or you create an alternative with so much support from other people that the opposition voluntarily abandons its views and joins your camp.

Where one person sees a crisis, another one can see opportunity. Where one is blinded by success, another sees reality with ruthless objectivity. Where one loses control of emotions, another can remain calm. Desperation, despair, fear, powerlessness – these reactions are functions of our perceptions. You must realise: Nothing makes us feel this way; we choose to give in to such feelings. Or, like Rockefeller, not to.

Dalai Lama – The Art of Happiness in a Troubled World

Poor village kid at the age of two, leader of a nation at the age of fifteen, refugee running for his life at the age of twenty four. Despite all of the terrible things the Chinese government has done to him and his people, Dalai Lama has never ceased to believe in the underlying goodness in every human being.

In an interview conducted by Howard Cutler, an American psychiatrist, Dalai Lama’s spiritual wisdom gets intertwined with a modern scientific point of view. Combined together, they form a powerful analysis on how social isolation leads to unhappiness in most of the Western world, how most of the violence and hatred comes from adopting an us-versus-them mentality, how a positive attitude can be practiced and nourished, and how radical empathy and focus on our interconnectedness could help us make the world a better place.

You don’t have to be a Buddhist or religious at all for this book to bring you some comfort and hope.

The difference in one’s vision of human nature can mean the difference between living in a world filled with fellow human beings who are perceived as hostile, violence, and dangerous, or as essentially kind, helpful, and gentle. A deep awareness of the essential goodness of human beings can give us courage and hope. On the individual level as well, such a vision of our basic nature can help promote a greater sense of well-being and connectedness with others. Even if the objective facts, historical and scientific, did not conclusively support either of the two views, from a practical point of view, it is still in our best interest to embrace a more positive view of the human nature. After all, we humans have a tendency to make real what we choose to believe, somewhat in the manner of a self-fulfilling prophecy.

Optimist does not mean that you are blind to the actual reality of the situation. It means that you always maintain a positive spirit so that you remain motivated to seek a solution to any given problem. And it means that you recognise that any given situation has many different aspects – optimism involves looking at the situation not only from the standpoint of the problem itself, not only recognising the negative aspects, but also seeking out some positive aspect, some potential benefit, actively looking at the same situation in terms of the potential positive outcomes. 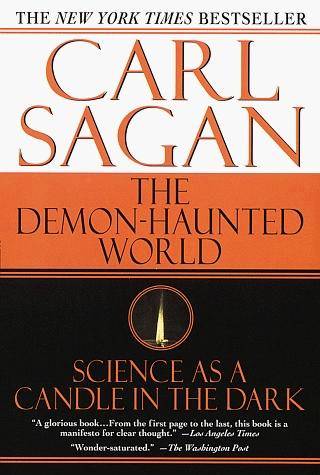 For the whole human history we have been struggling to make sense out of our existence and the mysterious forces driving our fate. Our minds are hardly trustworthy and the search for understanding can easily lead us into bullshit or superstition. Luckily, with the combined effort of many such great minds over the course of the time we have the most powerful tool in our hands – the scientific method. It is this force of untapped imagination combined with rigorous skepticism that flies us to the Moon and beyond.

We live in a society fully dependent on science and technology, where nearly no one has even a basic understanding of science and technology. If we don’t put our superstitions behind and start making informed, fact-based decisions, the future for our grandchildren looks very bleak. In fact, there might be no future at all.

Over twenty years after this book has been written, it doesn’t seem that we’ve made much progress on this. Yet as long as there’s a natural-born scientist in every single child, there’s still hope we will figure our way. Sagan has some excellent ideas where to start.

If we can’t think for ourselves, if we’re unwilling to question authority, then we’re just putty in the hands of those in power. But if the citizens are educated and form their own opinions, then those in power work for us. In every country, we should be teaching our children the scientific method and the reasons for a Bill of Rights. With it comes a certain decency, humility and community spirit. In the demon-haunted world that we inhabit by virtue of being human, this may be all that stands between us and the enveloping darkness.

The business of scepticism is to be dangerous. Scepticism challenges established institutions. If we teach everybody, including, say, high school students, habits of sceptical thought, they will probably not restrict their scepticism to UFOs, aspirin commercials and 35,000-year-old channellees. Maybe they’ll start asking awkward questions about economic, or social, or political, or religious institutions. Perhaps they’ll challenge the opinions of those in power. Then where would we be?