Sometimes all you can do is to sit down and watch. I was supposed to land in Costa Rica tonight, and join the jolly bus leaving for the next Apotheosis retreat in the heart of a jungle tomorrow at 12. Waiting at the gate, I learned that my flight from Warsaw was delayed by multiple hours, and I only had 3 hours of layover planned.

As much as I wanted to speed it up somehow, there’s nothing I could do about a broken engine. Knowing this somehow gave me a strange sense of peace. Among all the people running around and shouting at their telephones I just sat there, ready for whatever may come. No amount of worry is going to change the outcome anyway. I might just as well relax and see what happens next.

Someone said yesterday on Twitter, that your true nature is revealed when you’re at a boarding gate. I don’t think I live up to such high standards most of the time. There’s something about flying that gives me perspective and increases my awareness of how fragile we are. I wish I could stay that present and aware at all times.

At one point they announced the plane is not going to leave until at least 12pm, which meant no chance to arrive on time. I wanted to ask the personnel what options I have, but they were swamped with a huge crowd queuing up to do the same. Suddenly someone started boarding the plane without an announcement, completely out of nowhere. I hoped on, unsure if I can make it, but knowing this is the best option I have.

I’m writing this on a plane, still far from my connecting airport. There’s very little chance that I will make it to Costa Rica on time. Watching the world from above, I know it doesn’t really matter anyway. If the engine fault wasn’t completely fixed, we could all be dead here the very next second.

I’d love to join the Apotheosis group leaving from the airport tomorrow, without having to traverse a jungle all by myself. But I know the choice is not mine to make. All I can do is stay present, enjoy the views and make use of the options available moment to moment. 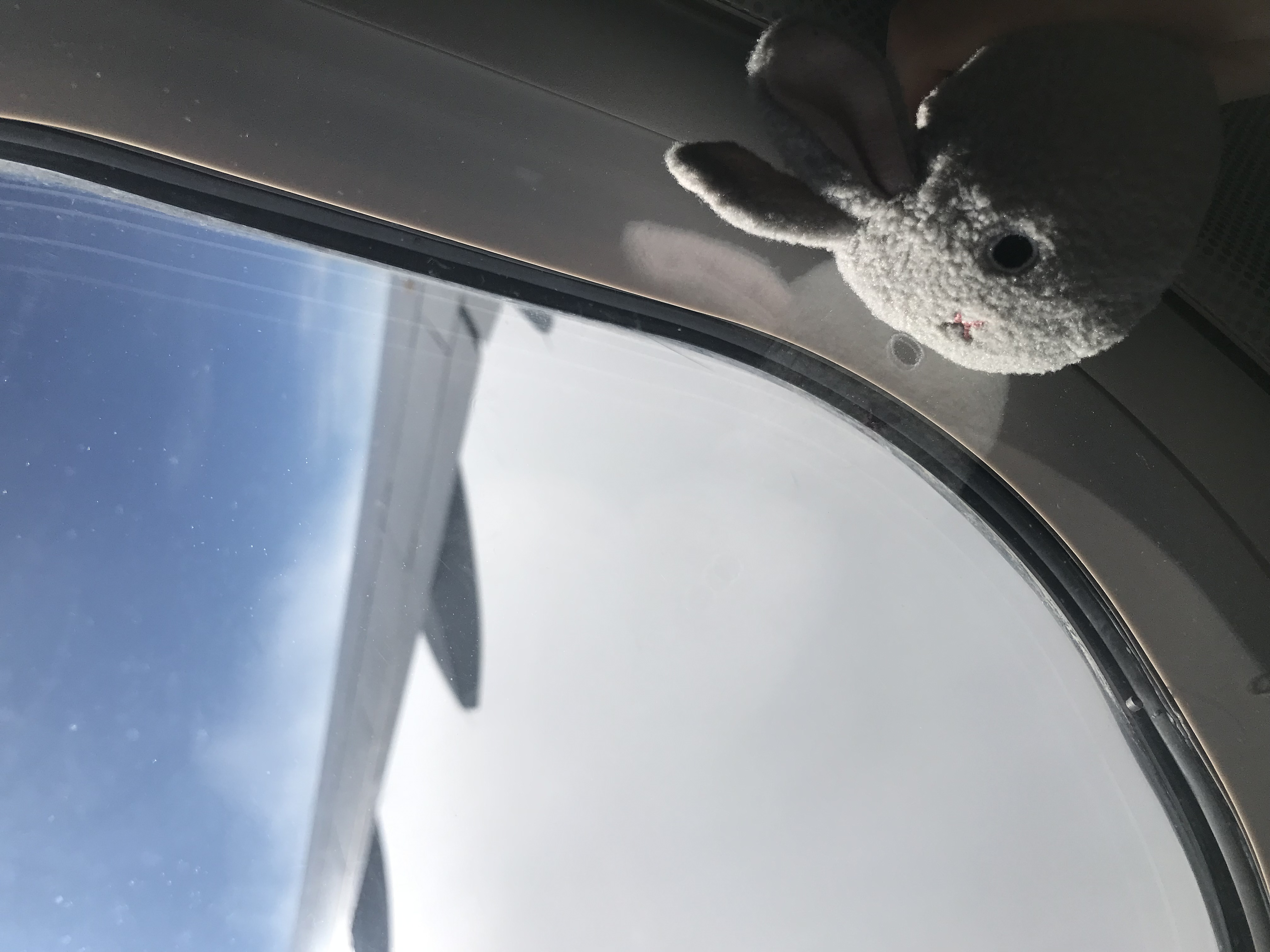